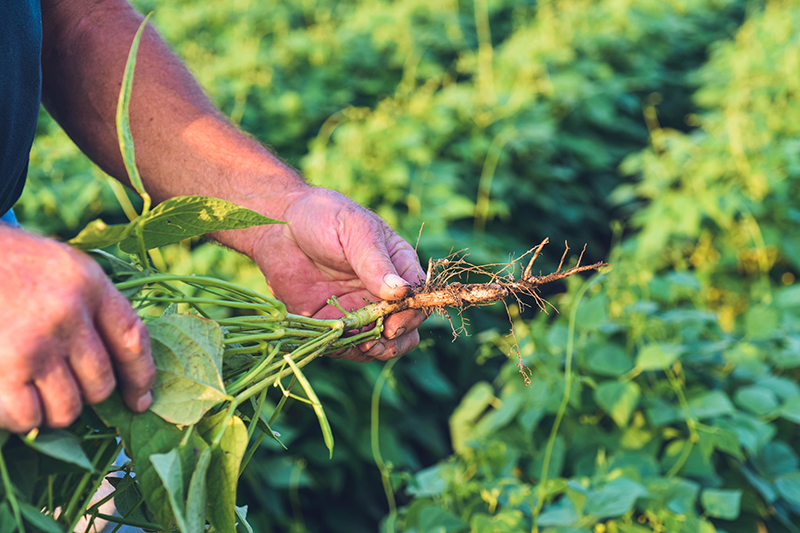 The 2020 Dry Bean Grower Survey of Production, Pest Problems and Pesticide Use provides important data on dry bean production, pest problems and pesticide use in Minnesota and North Dakota. Research and Extension faculty at North Dakota State University, along with directors of the Northarvest Bean Growers Association (NHBGA), develop the survey form.

Survey respondents provided information on over 146,000 dry bean acres in 2020, which represents nearly 14% of the 1.1 million acres planted in the Northarvest area.

In 2020, the two most popular varieties by class were:

More than 80% of growers used a soil test prior to fertilizer application, and 29.8% used site-specific nutrient management. Rhizobium inoculant use likely reflects the frequency of dry beans within a crop rotation system. In 2020, 23.5% of growers used inoculant.

For pests, 41% of reported acres had no insect problems. For dry bean acres that experienced insect problems, grasshoppers (44%) were the most frequently reported followed by leafhoppers (29.3%) and cutworms (10.6%).

Kochia was the most commonly occurring weed and was reported on 22.8% of dry bean acres. Ragweed (19%), lambsquarters (17.3%) and waterhemp (10.1%) were the next most common weeds. While herbicide use is the most important weed control tactic, several growers incorporate non-herbicide weed control strategies. Cultivation was used by 20.9% of growers, cover crops by 7.7%, manual labor by 7.7%, and rotary hoe by 4.7%.

A grant from NHBGA funded the survey, including a grand prize drawing for participants who responded to the survey. This year, Wade Hanson of Crookston, Minnesota won the $500 drawing.