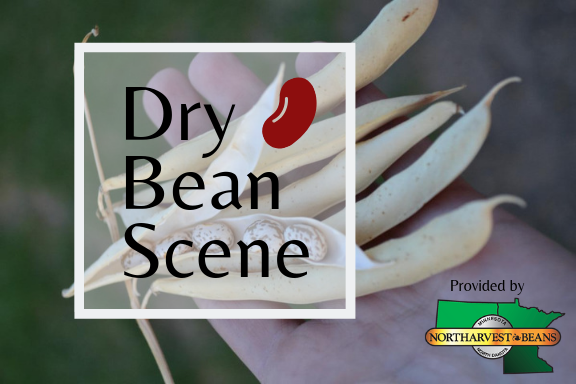 Speaking at an agriculture convention this week, Agriculture Secretary Sonny Perdue outlined the trade needs between the U.S. and Europe. Get the details in the Dry Bean Scene on the Red River Farm Network, made possible by the Northarvest Bean Growers Association.

U.S. Department of Agriculture Secretary Sonny Perdue announced the second tranche of Market Facilitation Program payments will begin the week before Thanksgiving. Farmers with eligible commodities will receive 25% of the total payment expected in addition to the 50% already received. Perdue was meeting with farm broadcasters at the National Association of Farm Broadcasting convention today in Kansas City as the news was released. Hear from Perdue in this video and read more.
https://northarvestbean.org/wp-content/uploads/2019/06/Sonny-Perdue.jpg 283 300 Red River Farm Network http://northarvestbean.org/wp-content/uploads/northarvest-bean-logo.png Red River Farm Network2019-11-15 14:29:212019-11-22 10:07:58Second Tranche of MFP Payments to Begin Next Week 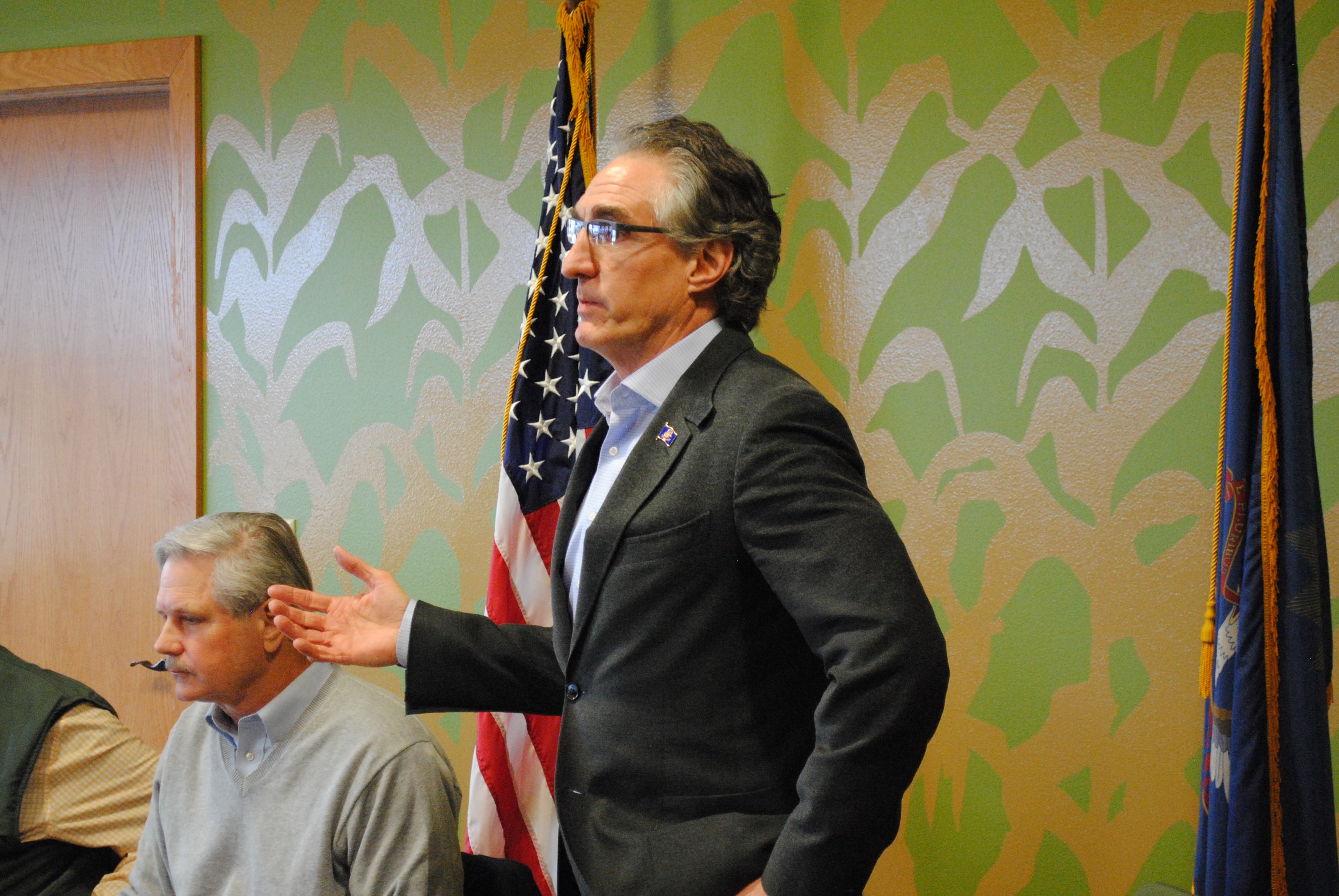 Today, U.S. Secretary of Agriculture Sonny Perdue approved North Dakota Governor Doug Burgum’s request for a secretarial disaster designation. Forty-seven of 53 counties in the state are included, making assistance available to farmers and ranchers.
“We deeply appreciate Secretary Perdue’s quick response to our request, because help can’t come soon enough for our farmers and ranchers facing one of the most difficult and stressful seasons on record,” Burgum said. “We continue to explore every available avenue to make sure our ag producers have the resources and tools they need to cope with these unprecedented wet conditions that are delaying the harvest and hurting our livestock producers. We’re extremely grateful to the state, federal and local officials and all the agencies that helped prepare the disaster request.” Read more.
https://northarvestbean.org/wp-content/uploads/2019/11/doug_burgum_19.jpg 2211 3303 Red River Farm Network http://northarvestbean.org/wp-content/uploads/northarvest-bean-logo.png Red River Farm Network2019-11-08 16:15:032019-11-08 16:18:44North Dakota Receives Secretarial Disaster Designation

A letter has been sent to Agriculture Secretary Sonny Perdue seeking “the fullest appropriate disaster assistance” under the WHIP+ program and other USDA programs. This letter was signed by groups representing farmers in the Northern Tier states, including soybeans, wheat, barley, sunflowers, canola, dry beans, pulse crops and the National Farmers Union. Extreme moisture has resulted in quality losses, such as low falling numbers, sprout damage and mold. The WHIP+ regulations now exclude quality losses for everything but wine grapes. The farm groups said that puts grain producers in the Northern Plains at serious disadvantage. 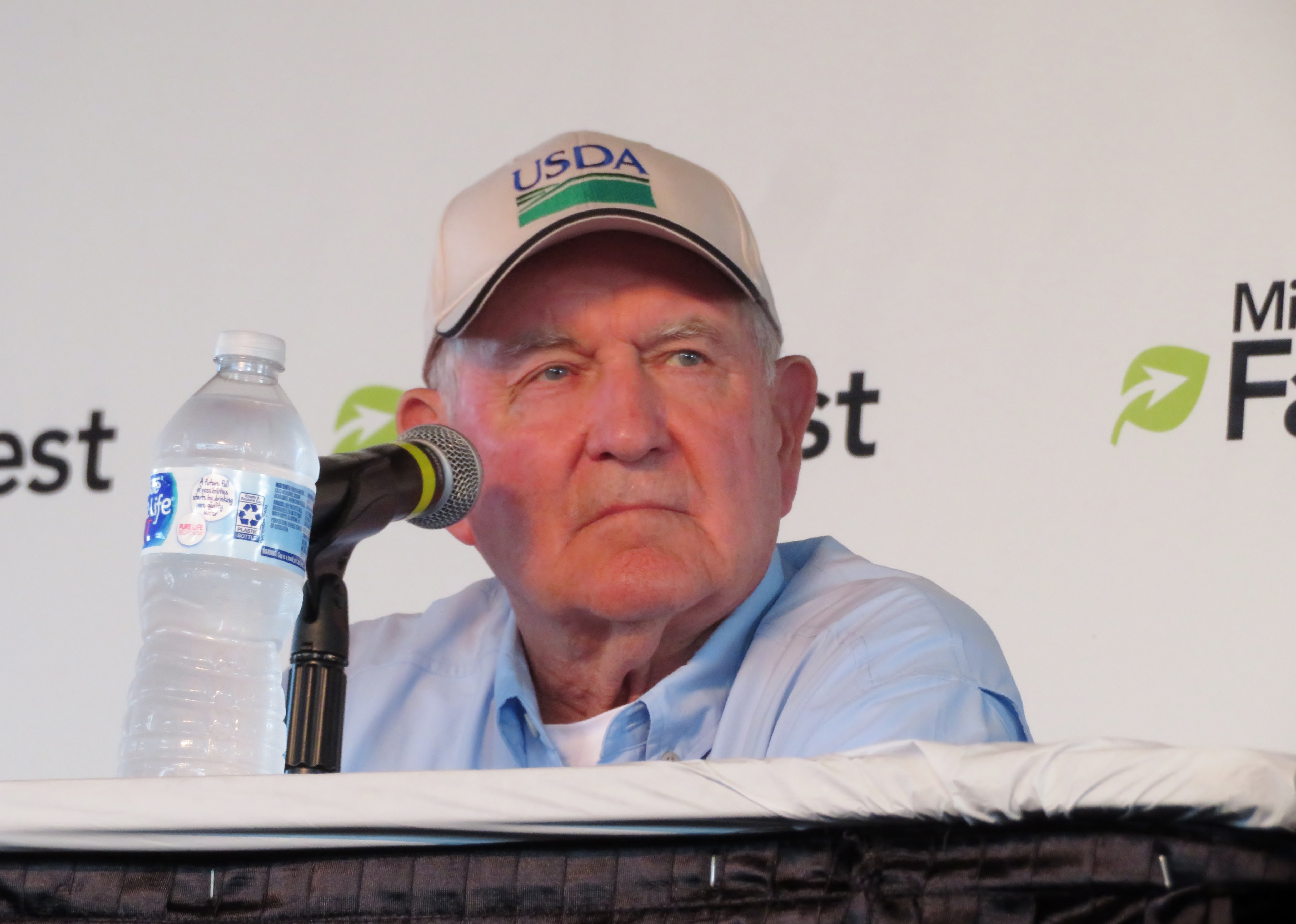 Tough growing conditions and trade were all part of the House Agriculture Committee Listening Session at Farmfest on Wednesday. At the beginning of the discussion, farmer-leaders asked for continued bipartisan work on trade. House Agriculture Committee Chairman Collin Peterson responded. “I’ve done what I can to get others to support the U.S.-Mexico-Canada Agreement. I’ve had some success. We have a ways to go, but I think it’s going to pass.”

Agriculture Secretary Sonny Perdue addressed the concerns of the validity of USDA data. Perdue said USDA staffers are professionals and facts are facts. “Your complaints aren’t the first time I’ve heard farmers don’t believe what the National Agricultural Statistics Service says,” said Perdue. “What I’ve found by looking at the research is the NASS numbers, in the end, are more likely than what I heard.”

Hear more details on the new USDA Market Facilitation Program, as well as a crop update from the New York Mills, MN area. The Dry Bean Scene on the Red River Farm Network is made possible, in part, by the Northarvest Bean Growers Association.

While few details are still available, the proposal for USDA’s latest round of Market Facilitation Program payments is currently under review by the Office of Management and Budget. Speaking to reporters in Washington D.C. on Wednesday, Agriculture Secretary Sonny Perdue said the trade assistance will go out to farmers as quickly as possible.

“It more than likely won’t be completed in the next two months, but we’re going to move as quickly as we can. We are not revealing details at this point in time.” One reporter asked if the $16 billion would make farmers whole. Perdue said “the purpose is to make them where they’re able to pay their obligations and be able to produce again the following year.”

The details of the new Market Facilitation Program will be released within a matter of days. “I believe people deserve an answer sooner rather than later,” said Agriculture Secretary Sonny Perdue. Perdue emphasized the goals of the MFP payments differ from prevented plant coverage. “The Market Facilitation Program is designed for tariff disruptions and we have a safety net in insurance over prevented plant.”

The USDA legal team has determined crops must be planted to be eligible for MFP payments. With the new trade assistance plan, farmers will receive payments based on a county rate and their eligible planted acres in 2019. The formula for the county rates has not been announced, but will be based on the trade impact for the crops grown in the county.