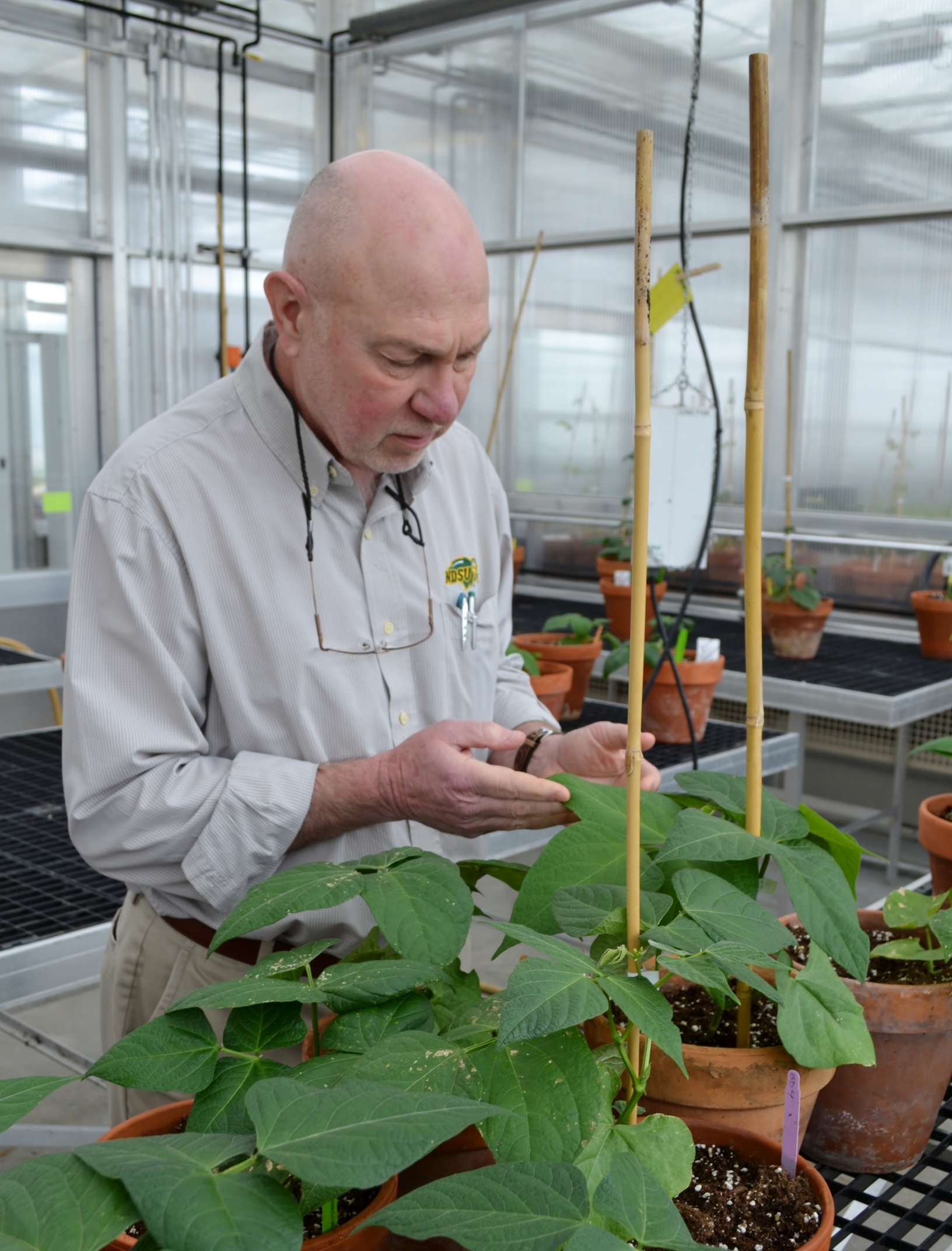 The Department of Plant Sciences at North Dakota State University is seeking a research specialist to assist in the dry bean breeding/genetics program.

Candidate is expected to participate in all the field, greenhouse, and laboratory activities involved in a breeding program. This includes the planning, organizing, and conducting of experiments under the supervision of the project leader. Tasks may include (but not limited to) seed and field preparation, planting and maintenance of field trials, and disease evaluations), recording, editing, and data analysis using statistical programs, collaborate with some activities in the DNA laboratory and the canning testing, and assisting the program leader in keeping, preparing, and compiling data and research results.

The candidate is expected to interact and work as part of a team that includes other research specialists, students and interns, growers, plant breeders, and other scientists. Duties will involve all aspects of a breeding/genetics program so the candidate has a holistic approach and learns all the aspects involved in the functioning of a breeding program. 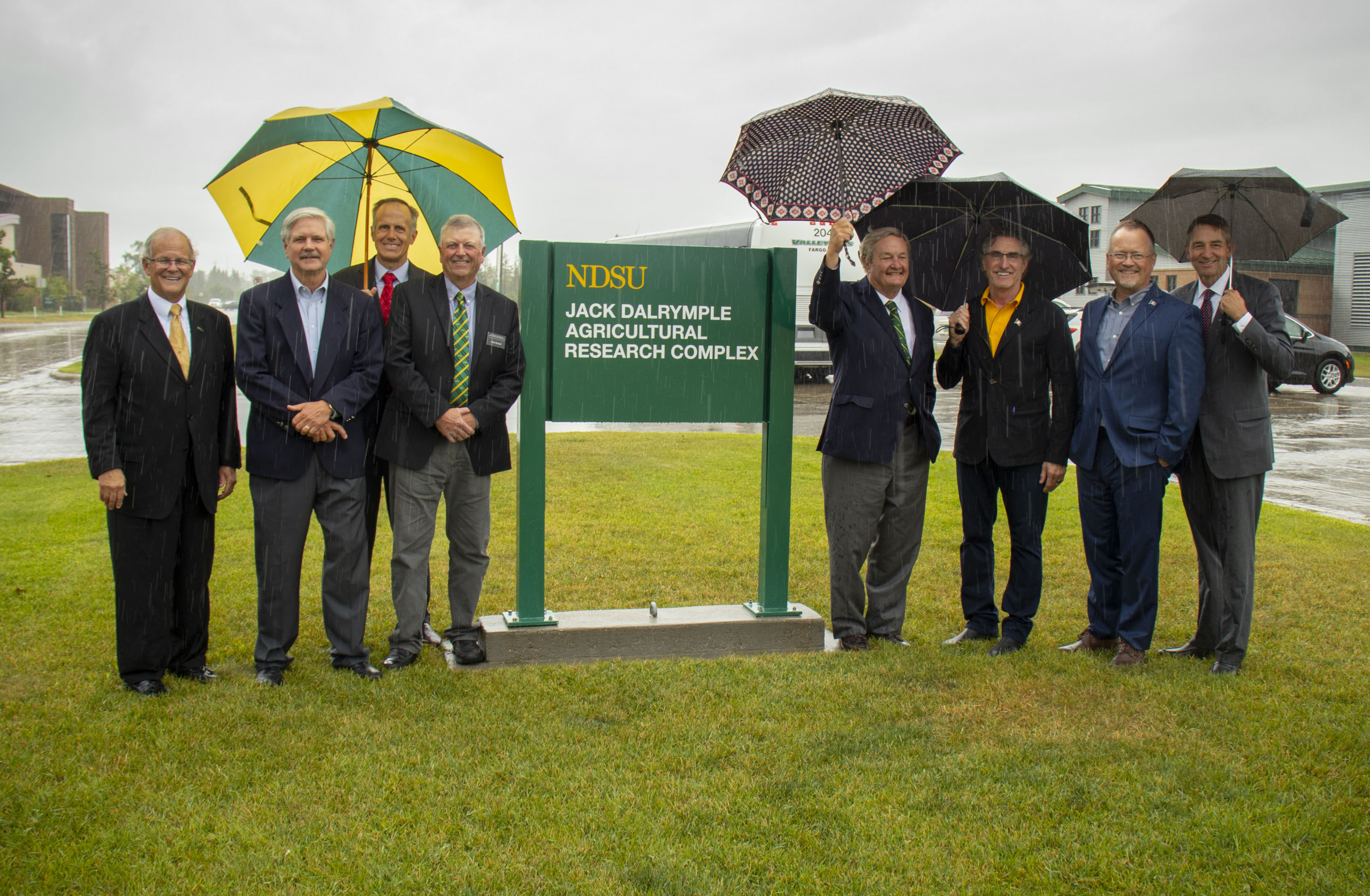 The North Dakota Agricultural Experiment Station Research Greenhouse Complex at North Dakota State University (NDSU) has a new name. The greenhouse, which is on the west side of the NDSU campus, now is the Jack Dalrymple Agricultural Research Complex.
The complex was constructed using a combination of state dollars and private donations totaling $33.5 million – $28.5 million in appropriated funds and $5 million in donations.
This complex, which was dedicated in 2015, is a state-of-the-art facility designed to meet the needs of plant research at NDSU. The building provides facilities for advanced research in plant breeding, genetics, horticulture, entomology, plant pathology, plant nutrition, food safety, food science, soil science and weed science.
NDSU is the only university in North Dakota with a greenhouse that houses a research lab, which allows researchers to proactively examine diseases that won’t be here for 20 to 30 years.
https://northarvestbean.org/wp-content/uploads/2021/08/signoutsidecrop-scaled.jpg 1674 2560 Red River Farm Network http://northarvestbean.org/wp-content/uploads/northarvest-bean-logo.png Red River Farm Network2021-08-20 20:27:582021-08-20 20:27:58NDSU Greenhouse Renamed

New research on the feeding habits of the Western bean cutworm has found that careful consideration of pest control is needed when growing dry beans next to corn to prevent resistance development to insecticides and toxins.

Normally, refuge crops are planted so that pests such as the Western bean cutworm, which is actually a moth, that manage to survive toxins or insecticides on corn or beans, may mate with moths that were not exposed to them. This results in a new generation of weaker moths that are less resistant to insecticides. Dry beans are sometimes grown near corn fields because of soil nutrient requirements, and Illinois Institute of Technology Ph.D. candidate Dakota Bunn wanted to see if these crops were an effective co-refuge for each other.

Bunn examined how the populations of the moths that fed on beans as larvae were interacting with the moths that fed on corn as larvae. He and his colleagues captured more than 3,200 moths over two summers in central Michigan, froze them, and then conducted a stable carbon isotope analysis on their wings and heads, which revealed whether the adult moths fed on corn or beans in the larval state.

In a paper published earlier this year, Bunn says that the results “demonstrate that beans and corn cannot be used as mutual refuge in insect resistance management (IRM) in central Michigan, and that further research is needed to determine proper IRM for areas where corn and dry beans are grown in close proximity.”

The findings underscore the need to continue to closely monitor the cutworm’s resistance to the control methods used for corn.

Western bean cutworms can cause significant damage to corn crops, affecting both the overall yield and quality. The moths are native to the western plains but have expanded their territory eastward and are now in 25 states and four Canadian provinces.

The research was published in the February 2021 issue of Environmental Entomology, in a paper titled “Contribution of Larvae Developing on Corn and Dry Beans to the Adult Population of Western Bean Cutworm in Michigan.”

The Pulse Crop Health Initiative has announced the opening of its current funding cycle, seeking submissions for research proposals for fiscal year 2021 funding. PCHI is a special project, funded through the Farm Bill, with approximately $4.3 million available in grants for FY 21. Most projects funded are at the level of $60,000 to $100,000 (per institution on a project).

The goal of PCHI is to rely on research conducted through the various funded projects on pulse crops (dry peas, lentils, chickpeas, and dry beans) to “provide solutions to the critical health and sustainability challenges facing the citizens of the United States and the global community. “

Research should be focused on any/all of the following research areas:

The deadline for submitting the application packet is May 14. Plans of work will be reviewed by an independent scientific panel and rankings will be discussed with the Steering Committee before final decisions are made.

Bacterial wilt of dry beans, caused by Curtobacterium flaccufaciens pv. flaccumfaciens (Cff), has historically posed sporadic but often serious production problems in dry beans throughout the irrigated High Plains since its first report from South Dakota in 1922. In the early 1980s, the disease mysteriously disappeared, appearing only periodically on cull seeds at the processing plants, but with little economic damage.

However, the disease appeared again in two great northern dry bean fields in late August 2003 in the Gering Valley, shortly before harvest. I took dozens of pictures, assuming that I would never see it again. However, between 2004 and 2007 the pathogen was additionally identified from hundreds of fields from the central high plains causing severe, measurable yield reductions. Read more.

The Pulse Crop Health Initiative is seeking submissions for research proposals for fiscal year 2019 funding. The goal of the Initiative is to use cooperative research on pulse crops, including dry beans, to provide solutions to the critical health and sustainability challenges facing the United States and the global community. The Initiative is guided by a steering committee that includes commodity groups, food industry, the health and nutrition community and USDA/ARS representatives.

Examples of dry bean focused research projects funded in the last year include enhancing nutritional traits and an analysis of human health traits. There is approximately $2.4 million available for funding, and the deadline for submission of new project proposals is June 17.

More information on submission guidelines, average annual budgets for previously funded projects or a template for submission is available by contacting Mike Grusak at mike.grusak@ars.usda.gov .