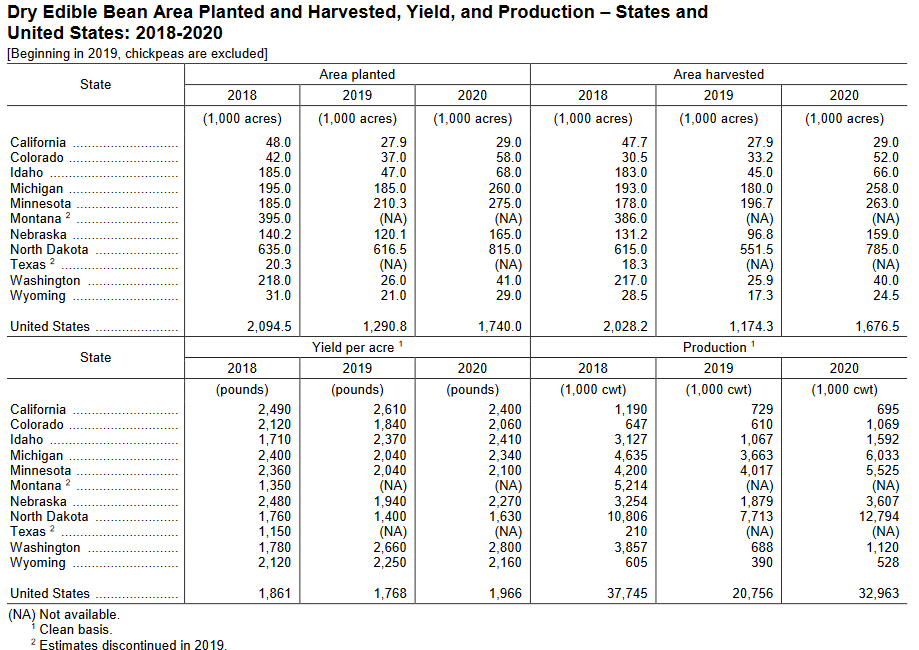 According to the USDA Prospective Planting report, U.S. farmers intend to plant 1.37 million acres of dry edible beans in 2020. That is up 7 percent from the previous year’s 1.29 million acres. Planted area is expected to be above last year in all estimating states except California. Minnesota farmers intend to plant 215,000 acres of dry beans in 2020. That is an increase from 210,000 acres the previous growing season. In North Dakota, dry bean planting intentions are also expected to increase with USDA estimates coming in at 650,000 acres. When compared to 2019, that is an increase of 6 percent from 615,000 acres

Farmers are planning for the 2020 crop. Leeds, North Dakota farmer Eric Jorgenson says despite some challenges, the outlook for dry beans remains positive. Get the details in the latest Dry Bean Scene from the Northarvest Bean Growers Association on the Red River Farm Network.

The U.S. Senate approved the Agriculture Appropriations Bill for Fiscal Year 2020. North Dakota Senator John Hoeven, who chairs the Senate Agriculture Appropriations Committee, says the legislation makes sure farmers have access to risk management tools and capital. Funds for implementing the 2018 Farm Bill are a part of the bill. Also included is support for crop insurance and direct, guaranteed and emergency loans.