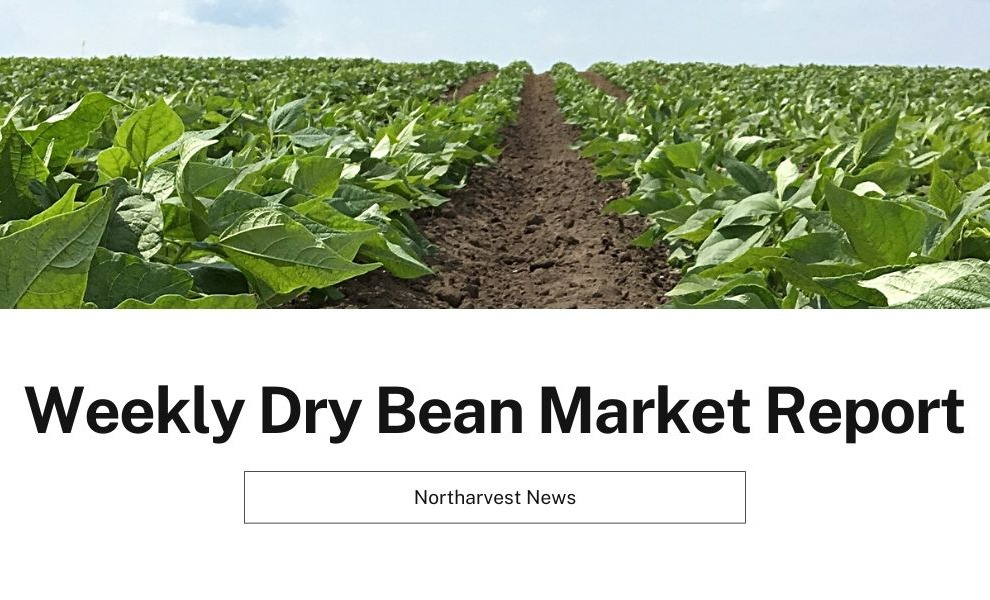 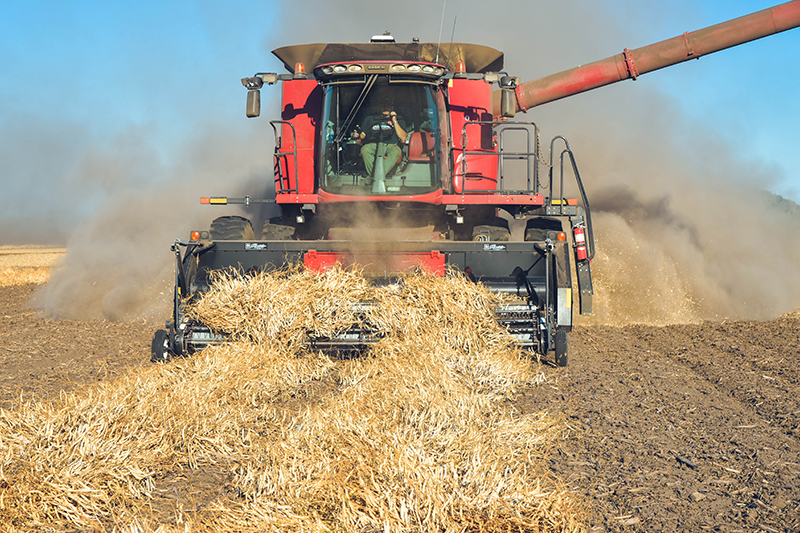 This crop season’s drought has caused highly variable crop stand density and growth stages, including in dry bean fields.
“Dry topsoil at dry bean planting time resulted in less than optimum plant densities and extended plant emergence, causing variable plant growth stages still observed at the current time,” says Greg Endres, North Dakota State University Extension cropping systems specialist.
Recent rains have stimulated new growth on dry bean plants, especially pinto beans. The plants are producing late-season blossoms and new pods (1 to 3 inches in length without seed). This has occurred with plants also having a majority of seeds near or at physiological maturity.
Dry bean growers are wondering whether to plan harvest timing based on existing seed on plants that are near or at maturity or to delay harvest at least a month, with the possibility that more seed yield will be gained with the late-developing seed.
“The low-risk answer is to prepare for harvest based on seed currently expected to contribute to yield,” Endres says. “The challenge is timing plant cutting or application of herbicide desiccants to maximize yield considering the highly variable plant and seed stages in the field.”
The probability is low that the new blossoms and pods will produce mature seed before a killing frost this fall. Also, if harvest is delayed to gain potential late seed, the early matured seed, which likely will be the major contributor to total field yield, may be reduced due to pod shatter before or during harvest.
Mature conventional (not slow darkening) pinto bean seed likely will have darkened seed coats if not timely harvested or be stained by rain, resulting in reduced seed quality and market discounts. In addition, if a frost occurs before the late-developing beans are mature, these beans cause harvest problems and likely will reduce quality of the “good” beans.
Another negative factor to consider if harvest is delayed to gain potential yield from the new growth is weeds. The delayed harvest option will allow more late-season existing weed growth and new weeds to emerge that will hamper harvest, reduce “good” seed quality and add more weed seed to the soil for field management challenges in future years. Also, effectiveness of herbicide desiccants generally will decline as application is delayed from late summer to fall (last half of September or beyond).
“Dry bean growers should manage their fields based on harvest readiness of the majority of seed currently present in fields, which was early produced,” Endres advises.
Refer to the NDSU Extension publication “Dry Bean Production Guide” for general information on preparing fields for harvest as well as the harvest operation and seed storage. Also, refer to chemical product labels and page 39 of the NDSU Extension “Weed Control Guide” for guidelines on the use of dry bean preharvest/desiccation herbicides if this option is considered in preparation for harvest.
https://northarvestbean.org/wp-content/uploads/2018/11/black-pinto23.jpg 533 800 Red River Farm Network https://northarvestbean.org/wp-content/uploads/northarvest-bean-logo.png Red River Farm Network2021-09-01 17:25:042021-09-03 17:26:27NDSU Extension Offers Dry Bean Harvest Options

The dry beans markets have seen attractive prices as harvest begins. As harvest yields role in, that will impact if the markets go higher or lower. Hear more from John Bartsch of Kelly Bean Company in the Dry Bean Scene. This radio program is made possible, in part, by the Northarvest Bean Growers Association. 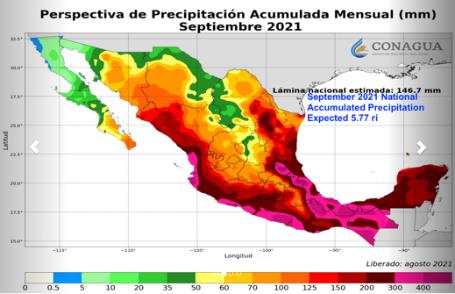