Blog - Latest News
The edible bean market is poised for below average production, judging by the prices, which still are strong as farmers begin their harvest, said Tim Courneya, Northarvest Bean Growers executive vice president.
“They aren’t backing off,” he said. “We planted enough beans to be a little more bearish but the markets are bulled up.”
A few elevator Courneya called in early September were offering prices for navy beans that were in the high $30s per hundredweight and one had a price of $41 per hundredweight.
Read more.
https://northarvestbean.org/wp-content/uploads/northarvest-bean-logo.png 0 0 Red River Farm Network https://northarvestbean.org/wp-content/uploads/northarvest-bean-logo.png Red River Farm Network2021-09-16 17:01:012021-09-17 17:01:29Early Dry Bean Harvest is a Mixed Bag 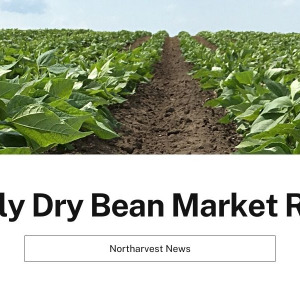