Blog - Latest News
Ontario dry bean producers are in a quandary in early January 2021. Their problem is summed up by a message on a sign in front on Ondrejicka’s Elevator near Exeter, Ontario. It says, ‘with IP (Identity Preserved) soybeans at these levels (prices), why would you grow edible beans?’
“It’s a fair question,” says Mike Donnelly-Vanderloo, chairman of Ontario Bean Growers in Thamesford, Ontario. “It’s certainly the one everyone is talking about. I’ve had numerous dealers ask me, ‘what will it take to keep good growers continuing to grow beans?’”
Globally, dry bean consumption has been increasing by 5 percent a year between 2014 and 2019. They’re considered a great source of plant protein and attract a lot of consumers interested in gluten-free and vegan diets. The increasing level of interest in using bean flour by the food processing sector is also a factor.
“They are a high value crop most years,” Donnelly-Vanderloo says. “But they take a lot more effort to grow than soybeans and the input costs are significantly higher. So, there’s no way you would go to all the extra trouble if there isn’t going to be the returns at the end of the road to make it worthwhile.”
Read more in this John Deere article.
https://northarvestbean.org/wp-content/uploads/northarvest-bean-logo.png 0 0 Red River Farm Network https://northarvestbean.org/wp-content/uploads/northarvest-bean-logo.png Red River Farm Network2021-05-18 12:28:022021-05-21 12:29:00Dry Bean Alternative: Beans Can Be Profitable 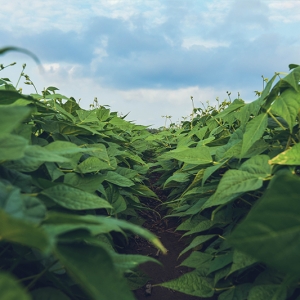