Today, Bush’s ushers in a new era as That Beautiful Bean Co.™—starting with a much-needed replacement of the notorious bean song (“beans, beans the musical fruit…”) created in partnership with fellow bean-lover Josh Groban. “Bean Song” honors the humble, delicious and nutritious bean in a way only Bush’s can. The song drops at the same time that Bush’s brand evolution, complete with a new look and feel, rolls out nationwide.
Groban wrote the original song and stars in the accompanying music video, which flashes back to his childhood and progresses to a celebration of the mighty legume—and even features a cameo from his own dad on the grill.
“When Bush’s approached me with the idea to do something fun and musical, my first thought was how wonderfully weird it was. But I like the unexpected. And I love beans,” said Groban. “I had an absolute blast writing and singing this over-the-top song. Eat your beans, kids.”
In tandem with the launch of That Beautiful Bean Co. and “Bean Song,” Bush’s has unveiled a new look, website and logo. The tagline, That Beautiful Bean Co., pays homage to the brand’s “Roll That Beautiful Bean Footage” oft-memed catchphrase but contemporizes the concept for a new generation of bean lovers. The celebration of the bean continues this spring with the introduction of Sidekicks—a line of easy meal enhancers that can be used as a best supporting side, flavorful topper or mix-in.
“The next phase of Bush’s evolution will focus on elevating the company as a contemporary, fun-loving and playful brand while, of course, maintaining our core value of providing high-quality products— whether it’s our beloved Baked Beans or our newest product, Sidekicks,” said Stephen Palacios, senior vice president of marketing and innovation at Bush Brothers & Co. “At Bush’s, we believe the bean is beautiful and are inspired by the goodness it provides.”
In honor of releasing this bean ballad, Bush’s is also donating 250,000 cans of Bush’s Beans to Feeding America® to help spread even more bean goodness. This donation is an extension of Bush’s long-standing partnership with Feeding America, helping to feed people in need.
Learn more about Bush’s and “Bean Song” at bushbeans.com.

USDA is Looking to Buy Beans 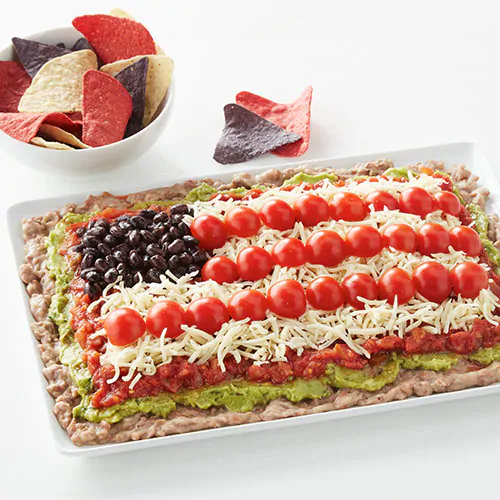 Build a Bean Burger, Your Way