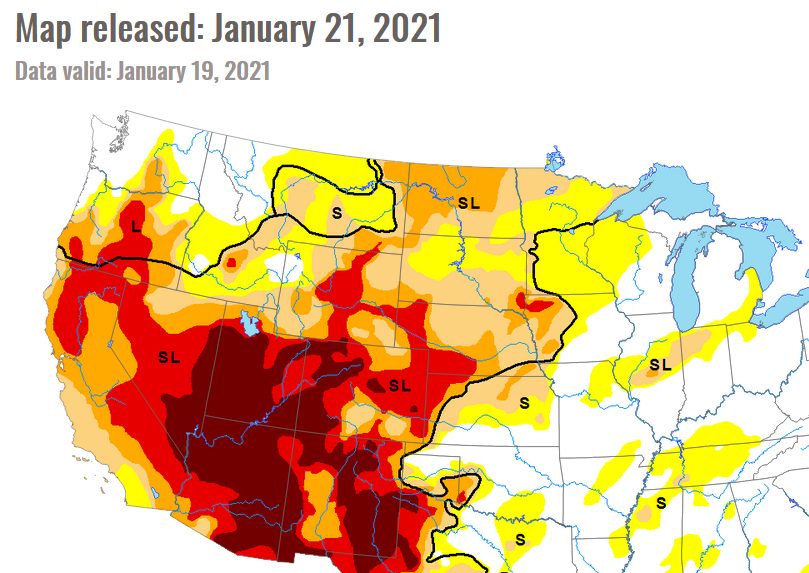 Dry conditions are dwindling in the Northern Plains, according to the latest U.S. Drought Monitor. In North Dakota, the extreme drought once seen in central and south-central part of the state has disappeared. Fifty-six percent of the state is in severe drought, while the Red River Valley and south-central and south-eastern portions are abnormally dry or in moderate drought. Most of Minnesota either abnormally dry, with the northwestern and west-central areas being the exception.
https://northarvestbean.org/wp-content/uploads/2021/01/Capture.jpg 573 809 Red River Farm Network https://northarvestbean.org/wp-content/uploads/northarvest-bean-logo.png Red River Farm Network2021-01-21 20:22:002021-02-03 14:59:21Dry Conditions Weakening in the Northern Plains

A Stretch of Warm Weather in Store

Dry Conditions Continue to be Monitored in the Northern Plains

Trade Agreement is Closer to Signing

A Cool Fall Forecast Being Predicted