Blog - Latest News
A $1.36 billion bonding and tax bill was passed by the Minnesota Legislature on Thursday. This will provide $200 million in tax breaks for farmers, including Section 179 conformity.
“I think there was some concern about getting the tax bill done before we enter the next biennium in January, after the election and a new Legislature convenes,” said agricultural lobbyist Bruce Kleven. “Lawmakers have been working on this for months and they’ve had chances in special sessions over the summer. It’s better late than never.”
The bill is a little different than what was proposed in early 2020. “What was being considered earlier this year was a more comprehensive tax bill including other provisions. This bill has been streamlined to be just a Section 179 conformity bill,” said Kleven. “Essentially, the language has a retroactive component to the like-kind exchanges in calendar year 2018 and 2019 and then, the full expensing for all properties in 2020.”
https://northarvestbean.org/wp-content/uploads/northarvest-bean-logo.png 0 0 Red River Farm Network https://northarvestbean.org/wp-content/uploads/northarvest-bean-logo.png Red River Farm Network2020-10-15 22:04:032020-10-16 22:04:41MN Legislature Passes Bonding and Tax Bill
2021 ARC/PLC Enrollment Now Open 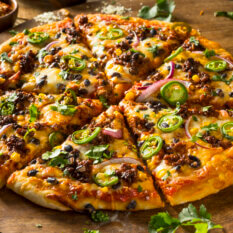