Blog - Latest News
The Ag Innovation Campus project began in 2018 when the Minnesota Soybean Research and Promotion Council invested in a feasibility study. Last year, the Minnesota Legislature approved $5 million in state funds for this project and those funds were made available last month. This site will host a specialty crush facility for universities, commodity groups and private seed companies to develop value-added products.
Minnesota Governor Tim Walz was part of the celebration. “This is bold; there’s no place in the world that has something like this,” said Walz. The goal is to have this campus operational by the end of next year. “That ambitious timeline is exactly what we need. It’s been a little lean on the good news and when we have a good news story, we need to tell it.”
Adjacent to the Ag Innovation Campus in Crookston, Epitome Energy plans to build a 30-million gallon biodiesel plant and a 42-million bushel crushing facility. CEO Dennis Egan was at the sidelines of the campus groundbreaking Wednesday. “In the next couple weeks, we’re going to have exciting news about Epitome Energy. Some of the key features are falling into place.” To finance this new facility, Egan is working with a couple unnamed national players. Local farmers will also have the opportunity to have an equity role with Epitome Energy.
https://northarvestbean.org/wp-content/uploads/northarvest-bean-logo.png 0 0 Red River Farm Network https://northarvestbean.org/wp-content/uploads/northarvest-bean-logo.png Red River Farm Network2020-10-28 20:18:062020-10-30 20:19:53Ag Innovation Campus Breaks Ground at Crookston, MN
Over $7 Billion Paid in CFAP 2 Payments 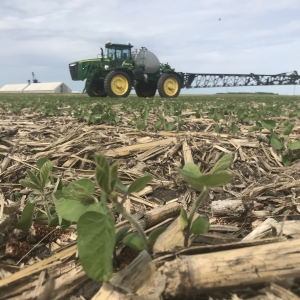