Blog - Latest News
Agriculture Secretary Sonny Perdue, along with former agriculture secretaries, held a press conference on Thursday to rally support for the U.S.-Mexico-Canada Agreement. There is a window of opportunity for Congress to ratify the agreement between now and the end of the year. One concern from House Democrats is labor provisions. Agriculture Secretary Sonny Perdue says there are enforceability consequences in the USMCA to ensure labor concerns are addressed. Read more.
The U.S. Dry Bean Council, including the Northarvest Bean Grower Association, has also sent a letter to U.S. Trade Representative Ambassador Robert Lighthizer asking for ratification of the USMCA. That letter can be read here.
http://northarvestbean.org/wp-content/uploads/northarvest-bean-logo.png 0 0 Red River Farm Network http://northarvestbean.org/wp-content/uploads/northarvest-bean-logo.png Red River Farm Network2019-09-20 08:55:372019-09-20 11:06:22Rallying Support for USMCA Ratification

A Variety of Dry Beans Bought by USDA

USDA Announces Another Round of CFAP Payments 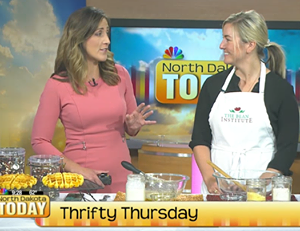