Blog - Latest News
Farmers are pulling out the planters in preparation for the 2019 growing season. CHS Devils Lake Agronomy Sales Manager Jeremy Safranski says planting is about three weeks away for area farmers, five to seven days behind average. “There is some corn and soybeans left in the field from last fall, and a lot of the ground didn’t get worked,” says Safranski.
According to Peterson Farms Seed agronomist Adam Spelhaug, farmers in eastern North Dakota should be in the field by the end of the month. “The biggest thing is don’t rush. It pays to wait an extra day or two for the right conditions,”
While the planting season may start later than many would have liked, Bayer District Sales Manager Mark Haugland says farmers can’t afford to cut corners. That’s especially true for weed control. “Stick with using pre’s and multiple modes-of-action as we go through the spring,” says Haugland. “I predict we’ll see warmer season weeds showing up earlier, but you’ve got to stick to the plan because there is so much at stake.”
(Source: Red River Farm Network)
https://northarvestbean.org/wp-content/uploads/northarvest-bean-logo.png 0 0 Jed Brazier https://northarvestbean.org/wp-content/uploads/northarvest-bean-logo.png Jed Brazier2019-04-20 13:58:242019-04-20 13:58:24Don’t Rush into Spring Planting 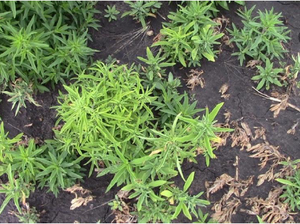